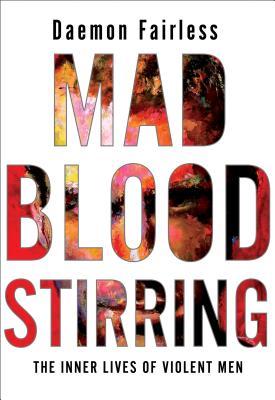 With a rare clarity and fearless honesty, journalist Daemon Fairless tackles the horrors and compulsions of male violence from the perspective of someone who struggles with violent impulses himself, creating a non-fiction masterpiece with the narrative power of novels such as Fight Club and A History of Violence.A man, no matter how civilized, is still an animal--and sometimes a dangerous one. Men are responsible for the lion's share of assault, rape, murder and warfare. Conventional wisdom chalks this up to socialization, that men are taught to be violent. And they are. But there's more to it. Violence is a dangerous desire--a set of powerful and inherent emotions we are loath to own up to. And so there remains a hidden geography to male violence--an inner ecosystem of rage, dominance, blood-lust, insecurity and bravado--yet to be mapped. Mad Blood Stirring is journalist Daemon Fairless's riveting first-person travelogue through this territory as he seeks to understand the inner lives of violent men and, ultimately, himself.