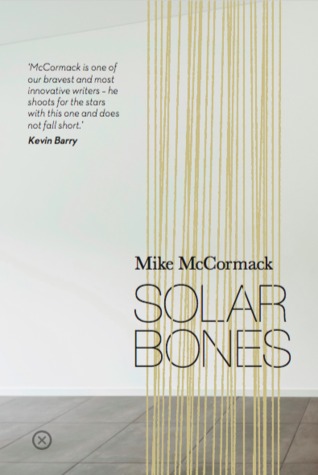 the Angelus bell ringing out over its villages and townlands, over the fields and hills and bogs in between, â€¨six chimes of three across a minute and a half,â€¨ a summons struckâ€¨ on the lip of the void Once a year, on All Soulsâ€™ Day, it is said in Ireland that the dead may return. Solar Bones is the story of one such visit. Marcus Conway, a middle-aged engineer, turns up one afternoon at his kitchen table and considers the events that took him away and then brought him home again.Funny and strange, McCormackâ€™s ambitious and other-worldly novel plays with form and defies convention. This is profound new work is by one of Irelandâ€™s most important contemporary novelists. A beautiful and haunting elegy, this story of order and chaos, love and loss captures how minor decisions ripple into waves and test our integrity every day.