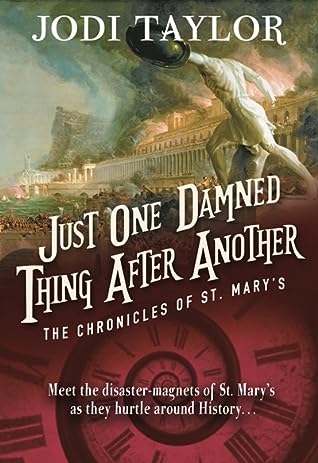 "History is just one damned thing after another."Behind the seemingly innocuous façade of St Mary's, a different kind of historical research is taking place. They don't do 'time-travel' - they 'investigate major historical events in contemporary time'. Maintaining the appearance of harmless eccentrics is not always within their power - especially given their propensity for causing loud explosions when things get too quiet.Meet the disaster-magnets of St Mary's Institute of Historical Research as they ricochet around History. Their aim is to observe and document - to try and find the answers to many of History's unanswered questions...and not to die in the process. But one wrong move and History will fight back - to the death. And, as they soon discover - it's not just History they're fighting.Follow the catastrophe curve from 11th-century London to World War I, and from the Cretaceous Period to the destruction of the Great Library at Alexandria. For wherever Historians go, chaos is sure to follow in their wake....

Just One Damned Thing After Another (The Chronicles of St Mary's, #1) Details

Just One Damned Thing After Another (The Chronicles of St Mary's, #1) Review