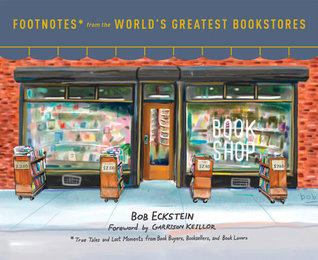 The local bookshop is the heart and soul of a community each one unique, each one filled with local characters, legendary stories, surprising quirks, and comfortable charm as readers, we cherish them as sanctuaries for learning and dreaming.In The NY Times bestseller Footnotes from the World's Greatest Bookstores, beloved New Yorker cartoonist Bob Eckstein has gathered the greatest untold stories from a seventy-five of the world s most renowned bookstores (both past and present) and paired them with evocative color illustrations of each shop. Here is a portrait of our lifelong love affair with bookstores that is at once heartfelt, bittersweet, and filled with good cheer.