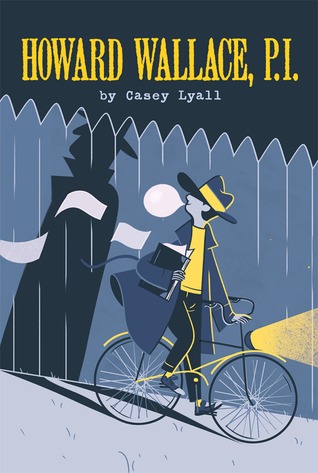 “What’s with the get-up? Is that the company uniform or something?” “This? All P.I.s wear a trench coat.” “Dude, that’s a brown bathrobe.” I shrugged and straightened out my sleeves. “First rule of private investigation, Ivy: work with what you’ve got.”Twelve-year-old Howard Wallace lives by his list of rules of private investigation. He knows more than anyone how to work with what he’s got: a bathrobe for a trench coat, a makeshift office behind the school equipment shed, and not much else—least of all, friends. So when a hot case of blackmail lands on his desk, he’s ready to take it on himself . . . until the new kid, Ivy Mason, convinces him to take her on as a junior partner. As they banter through stakeouts and narrow down their list of suspects, Howard starts to wonder if having Ivy as a sidekick—and a friend—is such a bad thing after all.