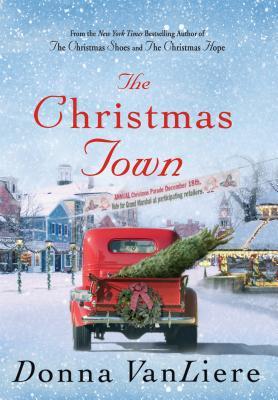 Donna VanLiere, New York Times bestselling author of the timeless The Christmas Shoes and The Christmas Hope, is back with this moving and uplifting story about finding love, hope, and family in unexpected places.Lauren Gabriel spent many years of her childhood in foster homes, wishing her mother would come back for her and be the family she needs. Now twenty-years-old, she still longs for a place that she can truly call home. Her work as a cashier is unfulfilling, and at Christmas it’s unbearable with the songs and carols and chatter of Christmas that she hears throughout the day.When Lauren ends her shift one night, she finds herself driving aimlessly in order to avoid returning to her lonely apartment. And when she witnesses a car accident she is suddenly pulled into the small town of Grandon, first as a witness but then as a volunteer for the annual fundraiser for Glory’s Place, a center for single mothers and families who need assistance. Could this town and its people be the home she has always longed for?