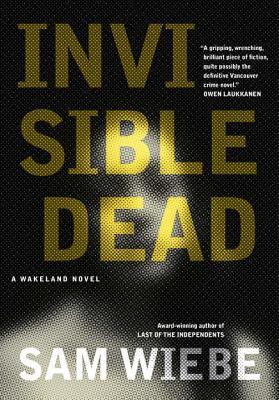 A gritty, private-eye series begins on the streets of Vancouver, from an award-winning new crime writer.Dave Wakeland isn't the usual PI. A 29-year-old ex-cop, he makes a habit of bad ideas. Chelsea Loam falls squarely into that category. Chelsea disappeared eleven years ago, leaving a trail leading towards career criminals and powerful men. Taking her case quickly starts to look like a good way to get killed. Whatever ghosts drive Wakeland, they drive him inexorably, addictively toward danger and the allure of an unsolvable mystery... In this fresh and fast-paced noir thriller, echoing the darkest troubles of our age, a witty and badly bruised new face takes his place in the ranks of the very finest characters in crime fiction