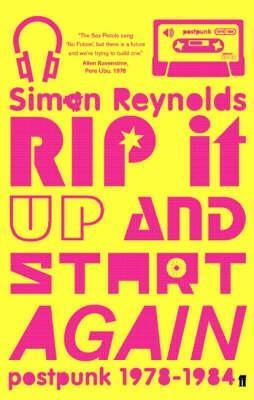 Punk's raw power rejuvenated rock, but by the summer of 1977 the movement had become a parody of itself. RIP IT UP AND START AGAIN is a celebration of what happened next.Post-punk bands like PiL, Joy Division, Talking Heads, The Fall and The Human League dedicated themselves to fulfilling punk's unfinished musical revolution. The post-punk groups were fervent modernists; whether experimenting with electronics and machine rhythm or adapting ideas from dub reggae and disco, they were totally confident they could invent a whole new future for music.

Rip it Up and Start Again Details

Rip it Up and Start Again Review