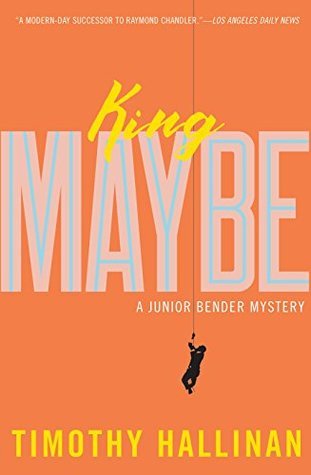 Junior Bender finds himself caught in a Hollywood revenge plot epic enough for the silver screen. Los Angeles’s most talented burglar, Junior Bender, is in the middle of stealing one of the world’s rarest stamps from a professional killer when his luck suddenly turns sour. It takes an unexpected assist to get him out alive, but his escape sets off a chain reaction of blackmail, strong-arming, and escalating crime. By the time Junior is forced to commit his third burglary of the week—in the impregnable fortress that’s home to the ruthless studio mogul called King Maybe—he’s beginning to wish he’d just let the killer take a crack at him.