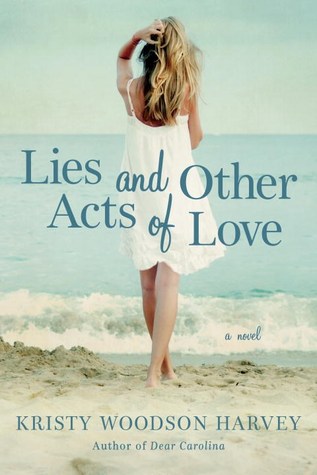 Dear Carolina was praised as “Southern fiction at its best.” Now author Kristy Woodson Harvey presents a new novel about what it really means to tell the truth . . .After sixty years of marriage and five daughters, Lynn “Lovey” White knows that all of us, from time to time, need to use our little white lies. Her granddaughter, Annabelle, on the other hand, is as truthful as they come. She always does the right thing—that is, until she dumps her hedge fund manager fiancé and marries a musician she has known for three days. After all, her grandparents, who fell in love at first sight, have shared a lifetime of happiness, even through her grandfather’s declining health.But when Annabelle’s world starts to collapse around her, she discovers that nothing about her picture-perfect family is as it seems. And Lovey has to decide whether one more lie will make or break the ones she loves . . .

Lies and Other Acts of Love Details

Lies and Other Acts of Love Review