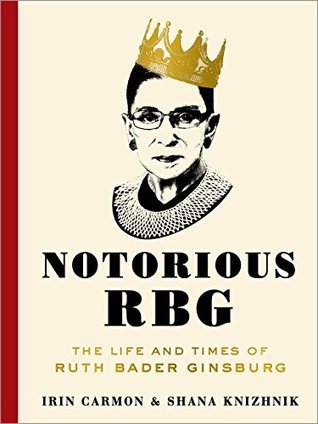 You can't spell truth without Ruth.Only Ruth Bader Ginsburg can judge me.The Ruth will set you free.Supreme Court Justice Ruth Bader Ginsburg never asked for fame she was just trying to make the world a little better and a little freer. But along the way, the feminist pioneer's searing dissents and steely strength have inspired millions. Notorious RBG: The Life and Times of Ruth Bader Ginsburg, created by the young lawyer who began the Internet sensation and an award-winning journalist, takes you behind the myth for an intimate, irreverent look at the justice's life and work. As America struggles with the unfinished business of gender equality and civil rights, Ginsburg stays fierce. And if you don't know, now you know.