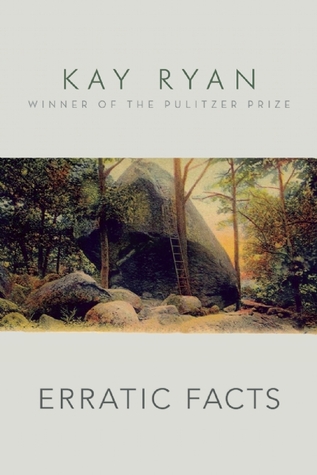 Kay Ryan—"a classic American poet" (John Freeman)—is acclaimed for her highly intelligible, deeply insightful poems. Erratic Facts is her first new collection since the Pulitzer Prize-winning The Best of It, and it is animated with her signature swift, lucid, lyrical style.At once witty and melancholy, playful and heartfelt, Ryan examines enormous subjects—existence, consciousness, love, loss—in compact poems that have immensely powerful resonance. Sly rhymes and strong cadences lend remarkable musicality to her incisive wisdom. While these pieces are composed of the same brevity and vitality that has characterized her singular voice over the course of more than 20 years, her mind is sharper than ever, her imagination more eccentric and daring. Erratic Facts solidifies Ryan’s place at the pinnacle of American poetry, and proves that she will remain among the leading innovators in literary history.