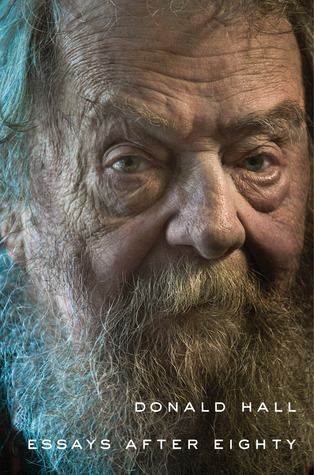 From a former Poet Laureate, a new collection of essays delivering a gloriously unexpected view from the vantage point of very old age  Donald Hall has lived a remarkable life of letters, a career capped by a National Medal of the Arts, awarded by the president. Now, in the “unknown, unanticipated galaxy” of very old age, he is writing searching essays that startle, move, and delight. In the transgressive and horrifyingly funny “No Smoking,” he looks back over his lifetime, and several of his ancestors’ lifetimes, of smoking unfiltered cigarettes, packs of them every day. Hall paints his past: “Decades followed each other — thirty was terrifying, forty I never noticed because I was drunk, fifty was best with a total change of life, sixty extended the bliss of fifty . . .” And, poignantly, often joyfully, he limns his present: “When I turned eighty and rubbed testosterone on my chest, my beard roared like a lion and gained four inches.” Most memorably, Hall writes about his enduring love affair with his ancestral Eagle Pond Farm and with the writing life that sustains him, every day: “Yesterday my first nap was at 9:30 a.m., but when I awoke I wrote again.”