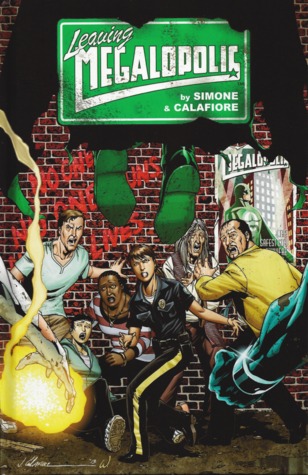 When the caped heroes of the world's safest city inexplicably all turn into homicidal lunatics, no one is safe.The only rational thing to do is get the hell out of town. If only it were that easy...