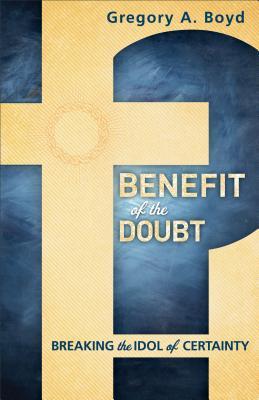 In Benefit of the Doubt, influential theologian, pastor, and bestselling author Gregory Boyd invites readers to embrace a faith that doesn't strive for certainty, but rather for commitment in the midst of uncertainty. Boyd rejects the idea that a person's faith is as strong as it is certain. In fact, he makes the case that doubt can enhance faith and that seeking certainty is harming many in today's church. Readers who wrestle with their faith will welcome Boyd's message that experiencing a life-transforming relationship with Christ is possible, even with unresolved questions about the Bible, theology, and ethics. Boyd shares stories of his own painful journey, and stories of those to whom he has ministered, with a poignant honesty that will resonate with readers of all ages.

Benefit of the Doubt Details

Benefit of the Doubt Review