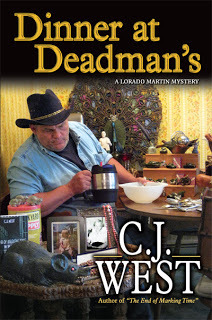 Lorado Martin has loved junk since his grandparents took him bottle digging in the backwoods of New England when he was a boy. The search for antiques and collectibles led him to a unique hobby: digging through the estates of the newly deceased, arranging the sale of goods for the heirs, and keeping the leftovers for himself. To make a living he builds and maintains housing for recovering addicts and along the way he's employed a number of his clients. The men wrestle with the siren call of drugs and teach Lorado about the difficult struggle to stay clean one day at a time. When these two worlds come together, Lorado learns that not every elderly person dies of natural causes and that some estates are sold to benefit a killer. His latest project hits close to home. A woman he's known since childhood haunts him from a fresh grave. Her grandson, an affable addict who has fallen off the wagon, stands to inherit a considerable sum whether he deserves it or not.