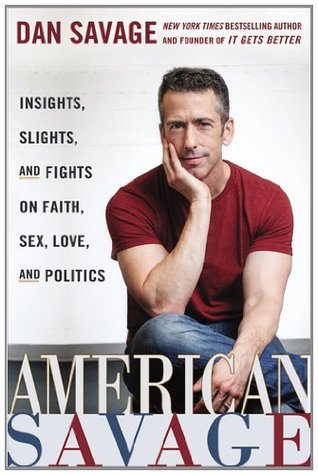 On the heels of his Emmy-winning It Gets Better campaign, columnist and provocateur Dan Savage weighs in on such diverse issues as healthcare, gun control, and marriage equality with characteristic straight talk and humor. Dan Savage has always had a loyal audience, thanks to his syndicated sex-advice column “Savage Love,” but since the incredible global success of his It Gets Better project—his book of the same name was a New York Times bestseller—his profile has skyrocketed. In addition, he’s written for The New York Times, Rolling Stone, The Onion, GQ, The Guardian, Salon.com, and countless other widely read publications. Savage is recognized as someone whose opinions about our culture, politics, and society should not only be listened to but taken seriously. Now, in American Savage, he writes on topics ranging from marriage, parenting, and the gay agenda to the Catholic Church, sex education, and the obesity epidemic.