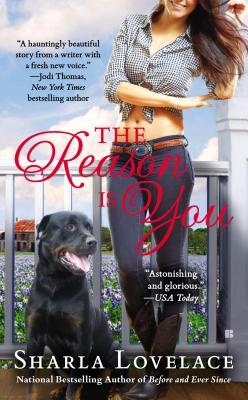 In the small town of Bethany, Texas, Dani never fit in. Being different pushed her to the fringes of society, and even leaving town for two decades didn’t stop the talk. Now she’s back, trying to settle in with her daughter and have a normal life. But the men in her life might not make it that simple. First, there’s her old friend Alex. He’s mischievous, sexy, and still hot enough to melt her shoes. And he’s a ghost—a real one, who’s always been there for her when she most needed him. Of course, there are actual men in Bethany, too. Like Jason with his hard body. Dani seems to have a habit of running into him—literally. Now she must decide between a man who long ago touched her heart and a man she can actually touch…

The Reason is You Details

The Reason is You Review