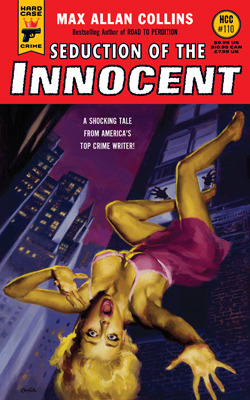 It's 1954, and a rabble-rousing social critic has declared war on comic books - especially the scary, gory, bloody sort published by the bad boys of the industry, EF Comics. But on the way to a Senate hearing on whether these depraved publications should be banned, the would-be censor meets a violent end of his own - leaving his opponents in hot water.  Can Jack Starr, private eye to the funny-book industry, and his beautiful boss Maggie unravel the secret of Dr. Frederick's gruesome demise?  Or will the crackdown come, falling like an executioner's axe...?