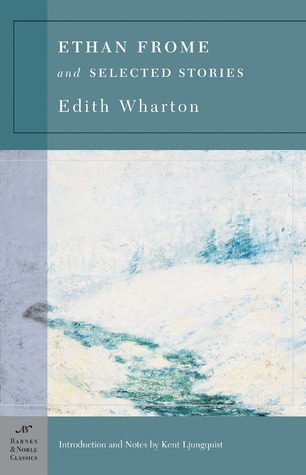 One of Edith Wharton’s few works of fiction that takes place outside of an urban, upper-class setting, Ethan Frome draws upon the bleak, barren landscape of rural New England. A poor farmer, Ethan finds himself stuck in a miserable marriage to Zeenie, a sickly, tyrannical woman, until he falls in love with her visiting cousin, the vivacious Mattie Silver. As Mattie is forced to leave his household, Frome steals one last afternoon with her—one that culminates in a ruinous sled ride with unspeakably tragic results.Unhappily married herself, Edith Wharton projected her dark views of love onto people far removed from her social class in Ethan Frome. Her sensitivity to natural beauty and human psychology, however, make this slim novel a convincing and compelling portrait of rural life. A powerful tale of passion and loss—and the wretched consequences thereof—Ethan Frome is one of American literatures great tragic love stories.Also included in this volume are four of Edith Wharton’s finest short stories: “The Pretext,” “Afterward,” “The Legend,” and “Xingu.”Kent P. Ljungquist, Professor of English at Worcester Polytechnic Institute, is the author of The Grand and the Fair: Poe’s Landscape Aesthetics and Pictorial Techniques, co-editor of the SUNY Press edition of James Fenimore Cooper's The Deerslayer, and editor of several reference works of American fiction.(back cover)