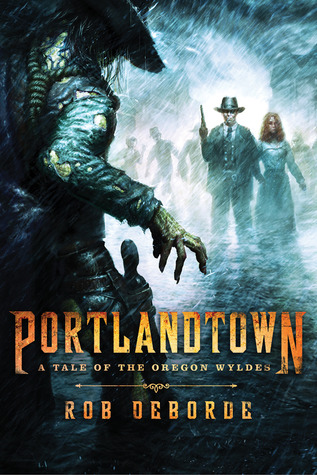 Welcome to Portlandtown, where no secret is safe---not even those buried beneath six feet of Oregon mud.Joseph Wylde isn't afraid of the past, but he knows some truths are better left unspoken. When his father-in-law's grave-digging awakens more than just ghosts, Joseph invites him into their home hoping that a booming metropolis and two curious grandtwins will be enough to keep the former marshal out of trouble. Unfortunately, the old man's past soon follows, unleashing a terrible storm on a city already knee deep in floodwaters. As the dead mysteriously begin to rise, the Wyldes must find the truth before an unspeakable evil can spread across the West and beyond. Rob DeBorde's Portlandtown is a supernatural western, a fantastic blend of horror, magic, and zombies sure to excite even the most demanding genre fan.