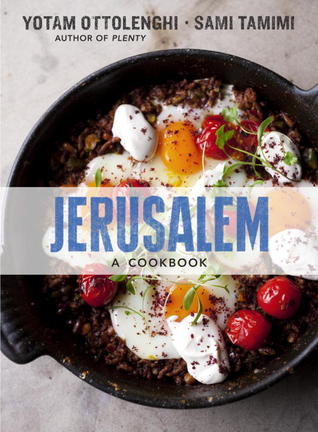 With Jerusalem, Ottolenghi re-teams with his friend and co-owner of his restaurants, Sami Tamimi. Both men were born in Jerusalem in the same year: Tamimi on the Arab east side and Ottolenghi in the Jewish west. In this book they explore the vibrant cuisine of their home city together, and present an authentic collection of recipes that reflects the city's melting pot of Muslim, Jewish, Arab, Christian and Armenian communities. From their unique cross-cultural perspectives, Ottolenghi and Tamimi share 120 authentic recipes: from soups (Frikkeh, Chicken with Kneidelach), to meat and fish (Chicken with Cardamom Rice; Sharmula Bream with Rose Petals), to vegetables and salads (Chargrilled Squash with Labneh and Pickled Walnut Salsa), pulses and grains (Beetroot and SaffronRice); and cakes and desserts (Fig and Arak Trifle; Clementine and Almond Cake). Their cookbook is illustrated with 130 full-colour photographs, showcasing their sumptuous dishes in the dazzling setting of Jerusalem city. Ottolenghi and Tamimi have five bustling restaurants in London, UK. Ottolenghi is one of the most respected chefs in the world; his latest cookbook, Plenty, was a New York Times bestseller and one of the most lauded cookbooks of 2011. Jerusalem is his most personal, original and beautiful cookbook yet.