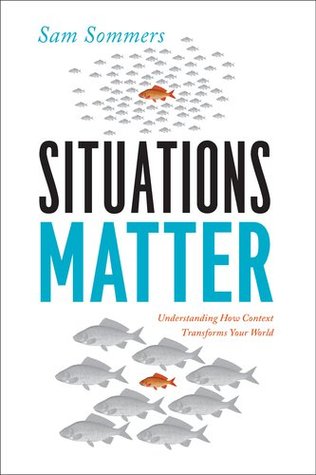 An "entertaining and engaging" exploration of the invisible forces influencing your life-and how understanding them can improve everything you do. The world around you is pulling your strings, shaping your innermost instincts and your most private thoughts. And you don't even realize it.Every day and in all walks of life, we overlook the enormous power of situations, of context in our lives. That's a mistake, says Sam Sommers in his provocative new book. Just as a museum visitor neglects to notice the frames around paintings, so do people miss the influence of ordinary situations on the way they think and act. But frames- situations- do matter. Your experience viewing the paintings wouldn't be the same without them. The same is true for human nature.In Situations Matter, Sommers argues that by understanding the powerful influence that context has in our lives and using this knowledge to rethink how we see the world, we can be more effective at work, at home, and in daily interactions with others. He describes the pitfalls to avoid and offers insights into making better decisions and smarter observations about the world around us.