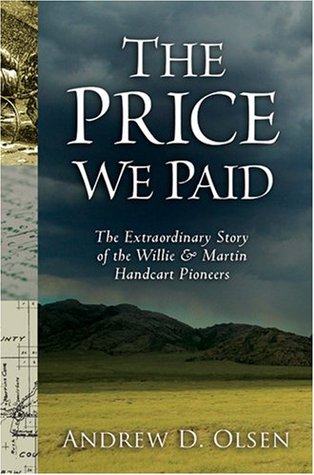 The story of the Willie and Martin handcart pioneers is among the most compelling in the history of America's western migration. Though tragic, it is also a story of triumph that scarcely has an equal. It is one of history's great witnesses of the power of faith and sacrifice. Although this story is one of the most frequently told of all Mormon pioneer accounts, it is also among the least understood. This book provides the most comprehensive and accessible account of these pioneers' epic 1856 journey. In addition to painting a broad perspective of the trek, it includes dozens of personal stories from the pioneers themselves. Woven into the larger story of the journey west, these stories inspire, build faith, recount miracles, and reveal how these pioneers were able to endure such adversity. The book also includes chapters on the lives of many of these pioneers after the handcart trek. Immerse yourself in the challenges and miracles of this astounding odyssey as never before!

The Price We Paid Details

The Price We Paid Review